Monkeying Around at 2nd Breakfast 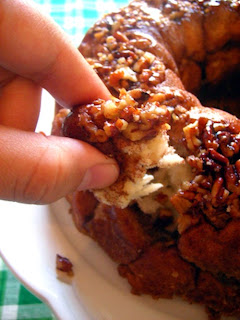 Hobbits are good-natured, hospitable comfort food-loving folk, so it should come as no surprise that the warm buttery bakery dish known as Monkey Bread (or Bubble Bread) should feature prominently in their second breakfast preparations.  Here is a super simple recipe, made especially enticing as it includes the rich homey flavor of butterscotch. 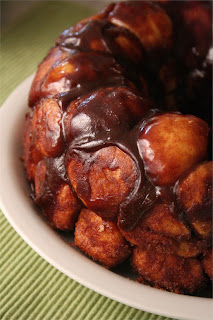 I have always loved cream puffs.  I also love food that is artistically prepared to create a visual pun of sorts.  And so, swan cream puffs have been a favorite easy, creative tea treat since I first learned the words pâte à choux.

The following recipe (found on a number of sites online) adds a tasty twist with the addition of almond and apricot flavors.  Serve with a butterflied strawberry on the side and you have a delicate and delicious tea dessert. 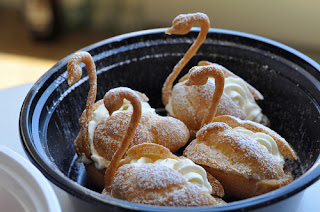 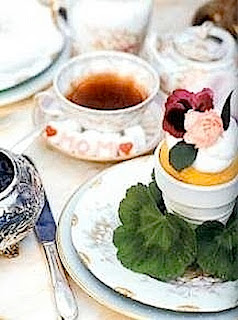 I was having a heck of a time deciding upon a topic for today's tea post.  I searched the net high and low for snappy tea trends on which to expound.  Then I asked a dear friend, with whom I was chatting online, for suggestions.  He replied, "How about something on tea and motherhood?" .... Duh!

How on earth did I NOT think of that?  As a former tea room owner, I can say without equivocation that Mother's Day is gloved hands down the biggest and busiest day of the entire year at a tea room.  The day before it is equally busy, booked solid by those seeking to avoid the masses on the day proper.  It is the weekend of the year that the kitchen and cooking staff train for, management prepares and orders for; and frankly it is the one weekend of the year when owning a tea room appears to be a financially sound investment.

So just what is it about going to tea that makes it all the rage for mothers?  Research on this topic yielded me nothing.  So I was given no choice but to pontificate on my own.  The tea ritual is unlike that of any other meal.  The taking of tea is so revered that it even boasts a four hour long ceremony in Japanese culture.  Given that tea is the second most consumed beverage worldwide, it is no surprise that tea would be incorporated in general as part of a celebration, but the tea service on Mother's Day, at least here in the U.S., is something quite specific.

We Yanks may have turned up our noses at our Brit progenitors and their tea in Boston, but when it comes to spoiling Mom on her day, we take our cue from the U.K.  A Mother's Day tea is generally what these days is called a 'high tea,' though it in no way resembles the original evening tea taken by coal miners at a high table after a busy day down in the mines.  Rather, high tea today has come to mean tea service with scones, finger sandwiches, some sort of sweets, perhaps soup, salad and maybe even something warm and inviting such as quiche or sausage rolls.  My own tea room's moms expected chilled strawberry soup and chicken dijon vol au vent served in a puff pastry shell as part of our annually observed menu.

Perhaps the primary reason mothers want to go to tea their on special day is because the food itself is so special.  The itty bitty mouthfuls offered are generally very labor-intensive, and the service items are dainty and valuable -- delicate bone china teacups, pretty platters, specialty jam dishes, and the like.  Also, a tea room represents the perfect excuse for a woman to don a grandiose hat without looking over-dressed.

Going to tea is special, no matter what rationale you use to explain it.  It is relaxed, even on Mother's Day, and lends itself to lingering conversation.  And at the end of the meal isn't that what it's really all about?  Spending time talking and sharing with your loved ones?

A Joyous and Happy Mother's Day to the loving nurturer in us all.
0 comments 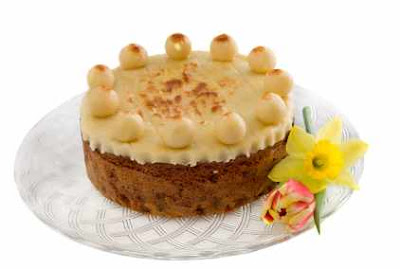 by French Tart from Food.com
0 comments

Joie de Vivre's Siren School is observing Genie week, and we are joining in the theme with a simple and delicious recipe to top off the perfect Arabian night 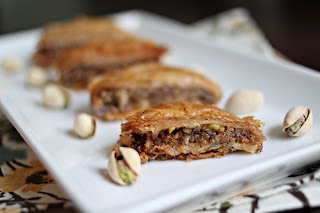 Email ThisBlogThis!Share to TwitterShare to FacebookShare to Pinterest
Labels: Recipe

With nearly everyone I know commenting on the chilly weather, it seemed an appropriate time to post this 'ice box' recipe.

"These cookies were a favorite of my Grandmother. We don't know where the recipe came from, but it's very old. Because of my Grandmother, our entire family loves these cookies. They are definitely an acquired taste but delicious! I am proud to be able to share this recipe with you, the world." Bret 261 (from AllRecipes.com) 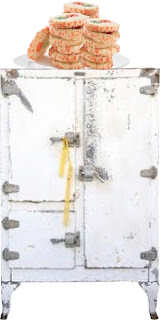 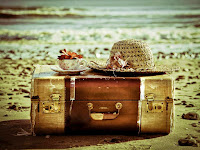